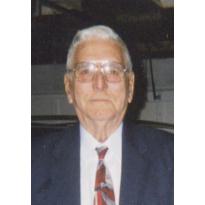 William Vernon Nix, 80 of Owensboro passed away on November 9, 2003 at Owensboro Medical Health Systems. He was born on February 17, 1923 in Warrick County, Indiana to William Franklin and Belva Samples Nix. He was retired from Peabody Coal Company in Lynnville, Indiana as an equipment operator after 24 years. Preceeding him in death was his son, Harold Nix in 1992. Suriviving are his wife Connie, sons Jeff and Randy Nix of Booneville, IN and a stepson Billy Baize of Pellville, KY, daughters Debbie Hilborn of Lynnville, IN, Shannon Lamping of Brownstown, IN, Brenda Christmas of Lynnville, IN and Carolyn Helms of Bullocktown, IN, and 2 step daughters, Jacqueline Holder and Karen Metzer both of Booneville, IN, 18 grandchildren, 16 great grandchildren, 16 great great grandchildren, and 9 step grandchildren, and a brother Murtis Nix of Tennyson, IN. Services will be 2:30pm. Tuesday, October 11 at Owensboro Memorial Gardens Cemetery and visitation from 1:00 to 2:00pm. Tuesday. Burial will be in the Owensboro Memorial Gardens Cemetery.