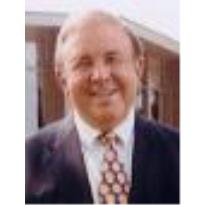 William H.BillBooth, 74 of 5371 US Hwy.60 West died at 10:10am. on Tuesday, August 16, 2005 at Crockett Hospital in Lawrenceburg, Tennessee. He was born in Daviess County, Ky. to the late Samual Watkins Booth and Monta Ballard Booth. He was a retired oil jobber and owner of Quality Oil Company started by his father in 1951. A member of St. Stephen Cathedral Church. He served as exalted ruler of the B.P.O.Elks Club No.14 in 1962. He was a longtime member of Owensboro Lions Club. Served on jobber advisory council for Amoco Oil Company, past president of the Serra Club and was president of the Kentucky Petroleum Marketers Association in 1981. He was an avid golfer, and enjoyed playing tennis, traveling, and spending time with family and friends. He was preceded in death by his sister, Geraldine Booth Mudd in 2005. Surviving are his wife of 56years of marriage, Betty Brown Booth; three sons, Billy Booth and his wife, Patty; Brian Booth and his wife, Karen both of Owensboro; Phillip Booth and his wife, Kim of Atlanta, Ga.; five daughters, Judy Kimbley and her husband, Max of Lawrenceburg, Tn.; Debby Booth of Nashville, Tn.; Karen Booth of Cadiz, Tn.; Lisa Hayden and her husband, Keavin of Utica, Ky.; Wendy Blakely and her husband, Steve of Nashville, Tn.; nineteen grandchildren and six great grandchildren; Wendell Booth and Dickie Booth both of Owensboro, Ky.; sister, Dorothy Booth Howell of Evansville, several nieces, nephews and cousins. The family requests that expressions of sympathy take the form of donations to St. Stephen Cathedral Preservation Fund, 610 Locust St., Owensboro, Ky.42301, or St. Joseph Peace Mission for Children, 1328 West 3rd Street, Owensboro, Ky. 42301.