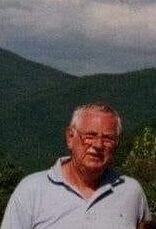 William Stinson Young, age 85 of Caneyville, passed away Wednesday, September 8th, 2021, at Advent Hospital in Altamonte Springs, Florida.
He was born on June 30, 1936, in Post-Tousey, Kentucky, the son of Dick and Era Young of Caneyville.

William, also known as Bill or Billy, traveled throughout the East Coast in his early years as a telephone man and even to Korea for the US Army for a time before settling down in the house he grew up in Post Tousey, Kentucky in 1977. He married Carolyn Basham, longtime neighbor and friend in Caneyville in 1961 where they lived and flourished happily together for 50+ years until Carolyn passed away in 2012.

Bill was known for having a strong love for life, friends, and always having a good joke to tell. He never met a stranger and could spend hours sitting and talking, telling stories, never telling the same joke twice. When not working, you could often find him in his garden or wood-working, or at church. He was a member of New Hope Missionary Baptist Church for 80+ years. He was a leader in the church, teaching Sunday School and Leading the singing for many years. He was a devout Christian and loved spending time supporting the church or his neighbors when needed. Even after moving to Florida, Bill continued to attend church whenever possible, even teaching Sunday school and leading the singing at times at the First Baptist Sanlando and Strive Assisted Living facility. His fervor for life was second to none. He never stopped connecting with people, whether in person or through the phone, making new friends wherever he was.

Funeral services will be held at 2:00 p.m. on Saturday, September 18, 2021 at Caneyville Memorial Chapel in Caneyville. Burial will be in New Hope Cemetery. Visitation will be held from 6:00 p.m. until 8:00 p.m. on Friday and from 11:00 a.m. until service time on Saturday at the funeral home.

Expressions of sympathy may take the form of donations to the American Heart Association at https://www.heart.org/?form=legacy.

Caneyville Memorial Chapel is both honored and privileged to be entrusted with the care of Mr. Young. Share your messages of condolence with the family of William “Bill” Young and sign his virtual guestbook at www.caneyvillememorial.com.