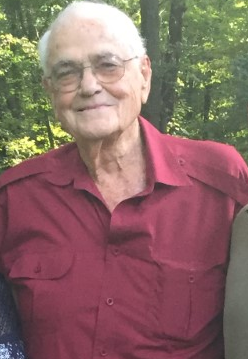 Vince served in the Army National Guard, Army Reserves and retired from Green River Steel after 26 years. He was the Owner- Operator of Wink Equipment Co. for 16 years. He was a Kentucky Colonel, an original member of Moonlite Coffee Table and an avid UK basketball fan. People may know Vince as the self-proclaimed “Mayor” of Frogtown where he had many wonderful neighbors and friends; Arlene & Larry Dunn and Tommy Estes to name a few.

Along with his parents he is preceded in death by a daughter Ann Victoria “Vicki” Wink; sister Mary Ann Millay; brothers Bill Wink, Sam Wink and David Wink.

Funeral Mass will be 12:05 pm Thursday, March 3, 2022 at St. Stephen Cathedral. Burial to follow at Mater Dolorosa. Visitation will be Thursday from 8:30 am to 11:30 am at Haley McGinnis Funeral Home & Crematory.

A Special heartfelt thank you to the Carmel Home for their love and care.

In Lieu of flowers donations can be made to the Carmel Home, Goodfellows or your favorite charity.

Haley McGinnis Funeral Home & Crematory is both honored and privileged to be entrusted with the care of Mr. Vincent Joseph Wink.  Share your messages of condolence with the family of Vincent Jospeh Wink and sign his virtual guestbook by going to www.haleymcginnis.com. 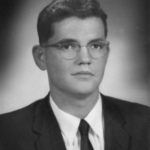