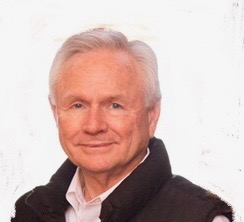 Dr. Victor Forest Duvall entered glory on Sunday, August 23, 2020. Last month, he celebrated his 79th birthday. Victor was born on July 15, 1941 in Big Clifty, Kentucky to Forest and Gladys Duvall. He grew up in Big Clifty and graduated from Clarkson High School in 1959. He graduated from Western Kentucky University in 1963, and from the University of Louisville School of Medicine in 1967. His internship and residency were through the U.S. Public Health Service in Baltimore, Maryland. He also served as a medical officer on a Coast Guard cutter in the North Atlantic.

In 1970, Dr. Duvall opened Clarkson Clinic. He was well-known in Leitchfield, Clarkson, and the surrounding area for his compassionate medical care in the clinic, the hospital, and nursing homes. He even went on house calls. Simply known as “Doc” by so many, Victor was a man who was loved by all his patients. He served his patients for 51 years. What many did not see directly, however, was his excellent leadership of his clinic staff. Few doctors took as good care of his employees as he did. Generous and kind, he was cherished by all those who had the opportunity of working with him.
When Victor was not at the clinic or hospital, he enjoyed hobbies that included flying airplanes, trading, reading, and operating heavy equipment. He learned to operate heavy equipment when working summers for Greer Brothers and Young. He had a passion for land development in Grayson County. After designing his clinic and Midway Plaza, he and others worked closely with the state government to develop the Grayson Country Airport and Golf Course. He loved the outdoors and spent countless hours on the track hoe or bull dozer creating and bringing projects to life. He enjoyed fishing and served on several mission trips.
Victor served the Leitchfield and Clarkson communities in so many ways, donating his time and money to various boards, organizations, and educational institutions. He was always involved in the education of his children, medical students and nurses. He was a life-long member of the Church of Christ and preached in neighboring churches when he was a young man.

No one worked harder than Victor Duvall. Yet, he blessed many people with his time and resources. He was always willing to help the underdog and those in need. A special characteristic was his ability to associate with people of every class, race, profession, and level of education. He was equally at home talking to medical professionals or executives as he was with those who were poor or had little education. He valued every person equally and it was clear in how he treated all with dignity and respect. Slow to speak and often few in words, he gave words of wisdom and godly encouragement in deliberate and measured words. This was a trademark of Victor Duvall.

Victor loved his family and was a devoted husband, father, and grandfather. He is survived by his wife of 57 years, Mary (Joyce) Pearl Duvall. He leaves behind two daughters, Cara (husband Chris) Flanders and Sara Duvall, and one son, Mark Duvall. He was blessed with five grandchildren he dearly loved. His three granddaughters are: Autumn Flanders, Megan Duvall, and Myra Duvall. His two grandsons Madison (wife Lauren) Duvall and Ethan Flanders. He is
survived by one brother, Benjamin Duvall, and four sisters, Patricia Owens, Brenda Patterson, Jane Gough, and Mary Ann Hunnicutt.
Every person who knew Victor Duvall will feel the enormous hole he has left. The legacy of this gentle, kind, and generous man will continue to have an impact long after his earthly race has now finished. Though his body and mind declined in his last days, those who knew him knew his hope was in the promise of eternal life and resurrection. We rejoice with him that he has now finished his race and received his crown.

In keeping with his wishes, cremation was chosen. A celebration of life for Victor Forest Duvall will be announced at a later date. Sympathy cards and condolences can be sent to Watson-Hunt Funeral Home, 2373 Elizabethtown Rd, Leitchfield, KY 42754