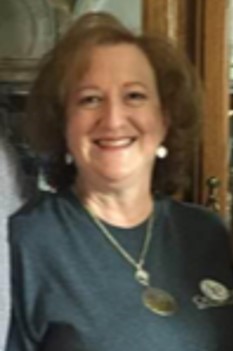 Vickie Korte, 56, of Glasgow, entered the gates of her heavenly home on Saturday, January 23, 2021. She was born in Barren County, the daughter of Louise Birge, who still survives, of Temple Hill and the late Wallace Birge. She was employed by Edward Jones and was a member of Temple Hill Baptist Church. Vickie was a devoted and loving wife and mother. She greatly cherished her family and the Lord.

In addition to her mother, she is survived by her loving husband of 30 years, Brad; son, Zachary(who was the light of her world); mother in law, Mary Kay Korte of Bowling Green; brother, Marcus Birge of Glasgow; three sisters, Marla Irwin (David) of Edmonton, Sharon Mayhugh (Kevin) of Bowling Green, and Amy Bartlett (Kevin) of Temple Hill; she is also survived by several aunts, cousins, nieces and nephews.

In addition to her father, she was preceded in death by a special uncle John Capps, a nephew, Jonathan Irwin and her father in law, Don Korte

Funeral services will be held at 11:00 AM, Wednesday, January 27th at A.F. Crow & Son Funeral Home with burial in the Glasgow Municipal Cemetery. Visitation will be 4:30 PM until 8:00 PM Tuesday and Wednesday morning until time for the service at the funeral home. For those not able to attend, the service will be live streamed at 11:00am Wednesday at www.facebook.com/crowfuneralhome.

A. F. Crow & Son Funeral Home is both honored and privileged to be entrusted in the care of Mrs. Korte.