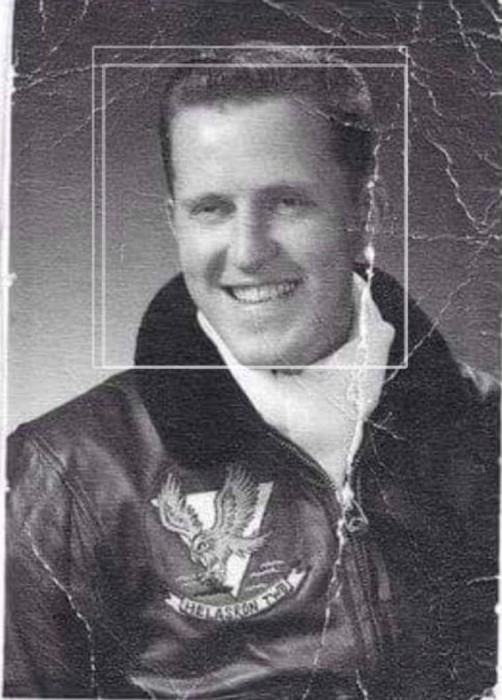 Teddy Rogers Ray, age 76, of Edmonton passed away Thursday, April 9, 2020 in Corydon, Indiana.  He was born January 20, 1944 in Glasgow, KY to the late John Ray Jr. and Maxine Jolly Ray.  He was a member of the Church of Christ and a United States Navy Veteran.

Teddy served as a Third-Class Electrician’s Mate for two Tours of Duty in Vietnam.  He was a gunner on a SH3-A Helicopter and flew rescue missions for downed flight personnel.  During the war, he was shot down in Laos and survived the explosion aboard the USS Forrestal.

He returned home to Metcalfe County and married Marilyn Davidson in 1968.  They had 4 daughters:  Terri, Kerri, Carla and June.  He served as Metcalfe County Circuit Clerk from 1970-1976.  Teddy then worked the family farm and sold real estate until his retirement.

He was preceded in death by his parents, John Jr. and Maxine Ray and newborn twin daughters, Terri and Kerri Ray.  He is survived by his daughters:  Carla (Ken) Smith of Edmonton and June (Chip) Parker of Glasgow; 3 Grandchildren:  Carsen Parker, Chase Watkins and Caroline Watkins; and his twin brother, Freddy Ray of Edmonton.

Due to COVID-19 Restrictions, a private burial will be held.  His daughters plan to hold a Military Memorial Service at a later date.

Expressions of sympathy can be made in his honor to Freed-Hardeman University or Ronald McDonald House Charities.