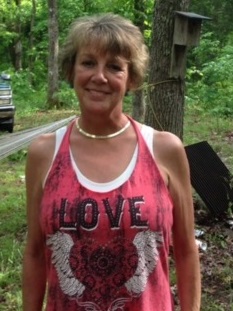 Tamara Dawn Nunnally age 58 of Edmonton passed away Thursday, April 16, 2020 at T.J. Samson Community Hospital in Glasgow.  She was the daughter of the late Maxie Nunnally and Jean Cumbee Nunnally Burris.    Tamara was a homemaker and of the Baptist faith.    She is survived by three children.  William (April) Cline, James Maxwell Bell and Frankie Bell all of Edmonton.   One sister Terri (Michael) Price of Summersville, Kentucky.   Four grandchildren.  James Raylen Bell, Amber, Emily and Abby Cline.     One great granddaughter Lily Ann Cline.   She is also survived by several aunts and uncles.    Besides her parents she was preceded in death by two brothers.   Frankie and Timothy Nunnally.  Serving as pallbearers will be Michale Hale, Ricky Bell, Brian Pickett, Derek Mills, David Slayton and Justin Slayton.  Due to the current Covid-19 crisis private graveside services will be held at the Union Chapel Cemetery.