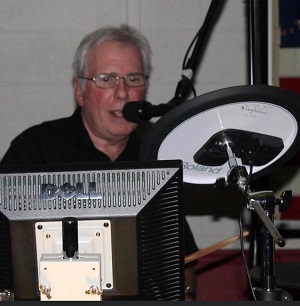 Born in: Vincennes, IN
Resided in: Washington, IN

Steve served his country in the United States Army and had worked in sales for Porter Paint in Vincennes. He was a member of Maysville United Methodist Church and enjoyed playing music. Steve was a member of various bands and most recently played with Cross Creek and Pickin and Grinnin. He also was a member of the Vincennes Moose Lodge #281.

Survivors include his life partner, Rick Showalter of Washington; son, Addison Brock Adams and his wife Jessica, and his grandchildren, Aidan and Emma Adams of Hoschton, GA, his father, Howard C. Adams of Vincennes; step-father, Donald F. Ralston of Washington; his siblings, Tim Adams of Conyers, GA, Roger Ralston of Vincennes, Diana Fisher of Columbus, OH; as well as several nieces and nephews. Steve was preceded in death by his mother, Phyllis Adams.

Friends may visit with Steve’s family on Saturday, August 7, 2021 from 11:00 am until 1:00 pm at Goodwin-Sievers Funeral Home, 2020 State St., Washington, IN. Steve’s funeral service will be held at 1:30 pm on Saturday at Maysville United Methodist Church, 2993 W. Old Hwy. 50, Washington, IN 47501. A graveside service will be held immediately following the service at St. John Cemetery.  Goodwin-Sievers Funeral Home is honored to be entrusted with the care of Steve.