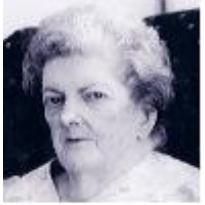 Shirlie Schnepp, 77, of 2830 Daviess Street, died on Sunday, January 4, 2004 at her home. She was born on December 14, 1926 in Springfield, Illinois to Gladdis Ekis George L. Dunn. She retired as a secretary, a member of First Christian Church and a daughter of the American Revolution in Illinois. Preceeding her in death was her husband, Joseph W. Schnepp who died on December 2, 2001. Surviving is two sons, Dennis and Marcus both of Owensboro, a daughter, Cindy Bond of Owensboro, 7 grandchildren, and 5 great grandchildren.