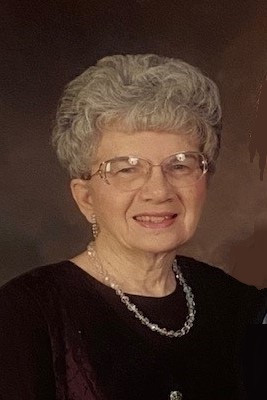 Shirley Jean Morrison Bacon was born October 17, 1932, to the late Clarence George Morrison and Maggie Nora Goodman Morrison. She was born and raised in Barren County and graduated from Park City High School in 1950. She married Dexter Arnold Bacon, Jr, on September 2, 1950. During their marriage they lived in Temple Hill, Indianapolis, Japan, and Glasgow.

Shirley worked in various positions during her life, including a George J. Ellis waitress, a dental assistant, a secretary, a farm wife in Temple Hill, and a Data Processor at Sorensen, but her most cherished positions were serving our Lord Jesus Christ as a pastor’s wife, and being a mother, grandmother, and great grandmother.

Funeral service will be 1:00pm Saturday, August 28, 2021 at the A.F. Crow & Son Funeral Home with burial in the Glasgow Municipal Cemetery. Visitation will be on Friday from 4:00pm and on Saturday from 10:00am until time for service at the funeral home. A.F. Crow & Son Funeral Home is honored to be entrusted with the care of Mrs. Bacon. Please share your condolence with the family at www.crowfuneralhome.com.