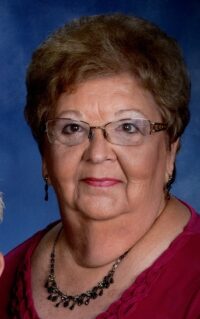 Born in: Chillicothe, OH
Resided in: Washington, IN

Shirley was a homemaker and a member of Southwind Wesleyan Church where she was very active. She also was the activities director at Washington Nursing Center for fifteen years and received a letter from President Obama for commendation. Shirley was also a member of the widower’s club. Most importantly though she enjoyed spending time with her family.

Friends may visit with Shirley’s family from 4-8 pm on Friday, January 7, 2022, at Southwind Wesleyan Church, 1782 Troy Rd., Washington, IN 47501. Shirley’s funeral service will be held at 1:00 pm on Saturday, January 8, 2022, at Southwind Wesleyan Church with Pastor Phil Kessen officiating. Shirley will be laid to rest in Sugarland Memory Gardens. Online memories may be shared with Shirley’s family and friends at www.goodwinsievers.com. Goodwin-Sievers Funeral Home is privileged and honored to be entrusted with the care of Shirley.