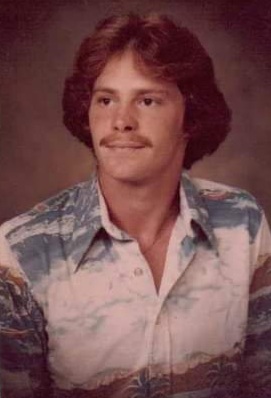 He is preceded in death by his father Marvin D. Ross, mother Mary Joann Wolf Ross, uncle Jerry Ross, and other relatives and friends.

Scott D. Ross graduated from South Knox High School and went on to work at electrical factory in Vincennes, Indiana. He was a member of the New Heart Church and loved to worship the Lord Jesus Christ. That was the most important thing to do in his life, he attended the Celebrate Recovery in Vincennes. Scott loved life and loved his family very much. His son Scotty Ross Jr., was his world.  Fishing, and enjoying the outdoors was his place where he found peace of mind.  Smoking pork meat, and mushroom hunting he enjoyed also. He will be deeply missed by all his family and friends!

Scott’s celebration of life will be held on Wednesday, September 22, 2021 at 6:30 pm at Gregg Park, 2204 Washington Avenue in Vincennes. Officiating will be Pastor Alex Rudolph.

Memorials may be made to New Hart Church 1134 Broadway Street Vincennes, Indiana 47591 in honor of him.

Online condolences may be made at www.goodwinsievers.com

The family greatly appreciates donations made to these charities in Scott D. Ross 's name.