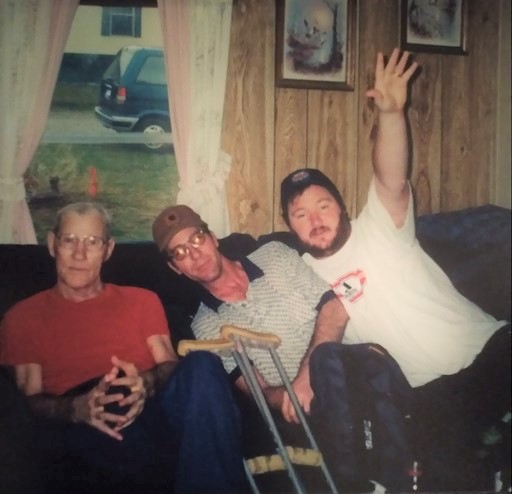 We would like to announce the end of this earthly life for Ronnie C. Kinslow who was born December 22, 1960. He is accompanied in death by his parents, Warner Thomas Kinslow, Jr. and Alma Grace Young Kinslow; one brother, Jackie Kinslow; one daughter, Jamie Francis Thompson-Kinslow; and three grandchildren, Jamie Grace Lawson, Tiger Thomas Maxson, and Roo David Maxson.

Ronnie was known for his love of golf, fishing, and playing with his grandkids. In lieu of flowers, the family requests donations be made to the funeral home to help with funeral expenses.

A. F. Crow & Son is both honored and privileged to be entrusted in the care of Mr. Kinslow. Please share your condolences with the family at www.crowfuneralhome.com.