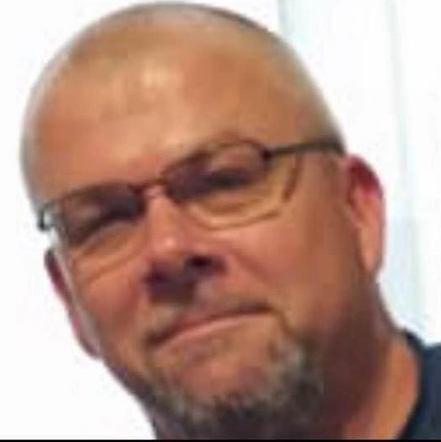 Robert “Robby” Nall, 49, of Owensboro passed away Sunday, August 2, 2020 at his home. He was born in Owensboro, Kentucky on September 14, 1970 to Joyce “Lee” Gray Pearl and Harold Edward Nall. Robby was employed at Cayce Mill Supply Company as a Warehouse Manager. He was a member of the National Rifle Association and the Baptist faith. Robby enjoyed fishing, camping, shooting guns, coaching sports and was considered a grill master. He was a University of Kentucky fan. Robby enjoyed playing and spending time with his grandkids.

Robby is preceded in death by his grandparents, Gates and Bernice Nall, and Lillian Lee; his aunts, Loyce Carroll and JoAnn Owen; his cousin, Bobbi Isbell; and his uncle, Jerry Nall.

Services will be 1:00 pm Friday, August 7, 2020 at Haley McGinnis Funeral Home & Crematory, with Pastor Tim Hall officiating. Visitation will be from 10:00 am until the time of service Friday at the funeral home. Burial will follow at Island Baptist Cemetery.

Expressions of sympathy may take the form of donations to the Owensboro Humane Society; 3101 West 2nd Street, Owensboro, Kentucky 42301. Envelopes will be available at the funeral home.

Haley McGinnis Funeral Home & Crematory is both honored and privileged to be entrusted with the care of Mr. Nall. Share your messages of condolence with the family of Robert “Robby” Nall and sign his virtual guest book by going to www.haleymcginnis.com.