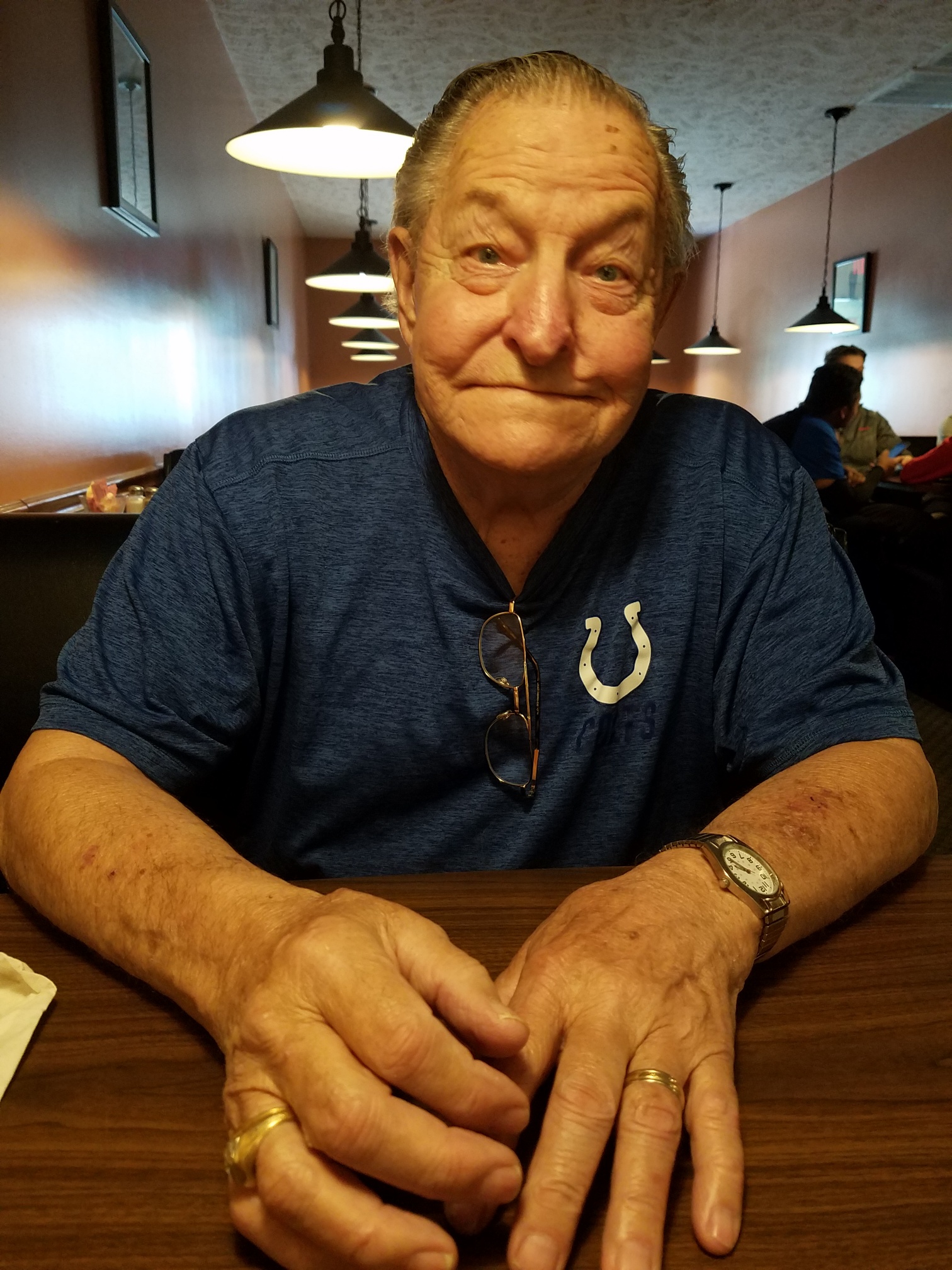 Robert J. Antey, 78, of Owensville, IN passed away at home surrounded by his family. He was born March 23, 1942 in Evansville, IN to the late Joseph H. Antey and Virginia I. (Carter). Robert proudly served his country in the Army for 2 years. He owned and operated Antey painting for over 50 years. Robert also worked as a plant worker and plant supervisor at Whirlpool for 28 years. He enjoyed playing Santa at Christmas. Robert would go around the town of Owensville dressed in his Santa suit delivering homemade cookies to local businesses. He enjoyed going down to his camp to fish, in late fall and early winter he also liked to hunt for deer. Robert and Ruth loved to go dancing, he was known at weddings and parties to get his Elvis leg shaking. He was a kind soul and always looked out for others, he was known to tell the staff at Denny’s, Walmart, and any cashier he came across “Don’t forget your break!”. Robert was a huge Colts fan, him and Ruth would wager $1.00 on every game. He was a member of Aerospace Workers Local Lodge 153 and the Sportsman’s Club.
Robert was preceded in death by his parents; Joseph Antey and Virginia Robinson; stepfather Lafayette “Pat” Robinson; sister Joyce C. Truitt and infant brother William Joseph Antey.
He is survived by his wife of 22 years, Ruth (Wright) Antey; children William (Lisa) Antey, Glen (Tina) Antey, Karen (Brad) McCormick, Bobby (Angie) Antey, Michael Wright, and Tommy (CC) Wright; 17 grandchildren; 7 great grandchildren; 3 nieces and pet Snuggles
Holders Funeral Home is honored and privileged to be entrusted with the care of Mr. Antey. A graveside service will be held Tuesday, April 21st, 2020 at Owensville Cemetery with Pastor Bart Newton officiating.