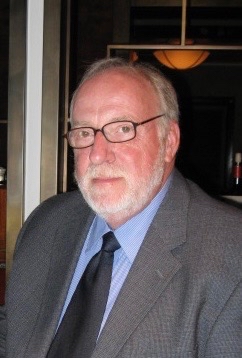 Born in: Vincennes , IN
Resided in: Henderson , KY

Robert E. Wagner, 76, of Henderson, Kentucky passed away July 10, 2022. He was born March 18, 1946 in Vincennes, Indiana to the late Randall Eugene and Dorotha Boling Wagner. Bob is a Navy Veteran who honorably served during the Vietnam War.

Bob was an avid reader; his favorite books included the “Hobbit” and the “Lord of the Rings” series, which he had read every year since 1968. He enjoyed playing golf and bridge, classic cars, and Civil War history. Bob was also a music fan; he spent many hours listening to his large collection of records. He also spent time perfecting the game of Trivial Pursuit, landing him the title of Trivial Pursuit master among his family.

Along with his parents, Bob is preceded in death by his daughter, Monica Wagner.

He is survived by his children, Emily Wagner (Edward) Campana and David Patrick (Kimberly) Hudson and his grandchildren, Leonardo Layson Campana and Augustus Harris Campana.

Haley McGinnis Funeral Home & Crematory is both honored and privileged to be entrusted with the care of Mr. Wagner. Leave your messages of condolence for the family of Robert E. Wagner and sign his virtual guestbook at www.haleymcginnis.com.