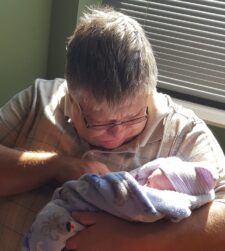 Robert D West, 60, of Vincennes Indiana, passed away at Good Samaritan Hospital Wednesday September 8,2021. He was born March 11th, 1961, in Vincennes. He was the son of Richard West and Virginia West (Corne). He was married to Tina West (Kirgan) on July 2, 1996, and they made their life together for 25 years.

Robert was preceded in death by his mother Virginia West, father Richard West, and his brother Rick West.

The Viewing will be at 1:30pm followed by the funeral at 2:00pm both will be held on Tuesday September 14th, 2021 at The Memorial Park Cemetery, 919 Willow St.,  in Vincennes, Indiana. Goodwin-Sievers Funeral Home is honored to be entrusted with the care of Robert.