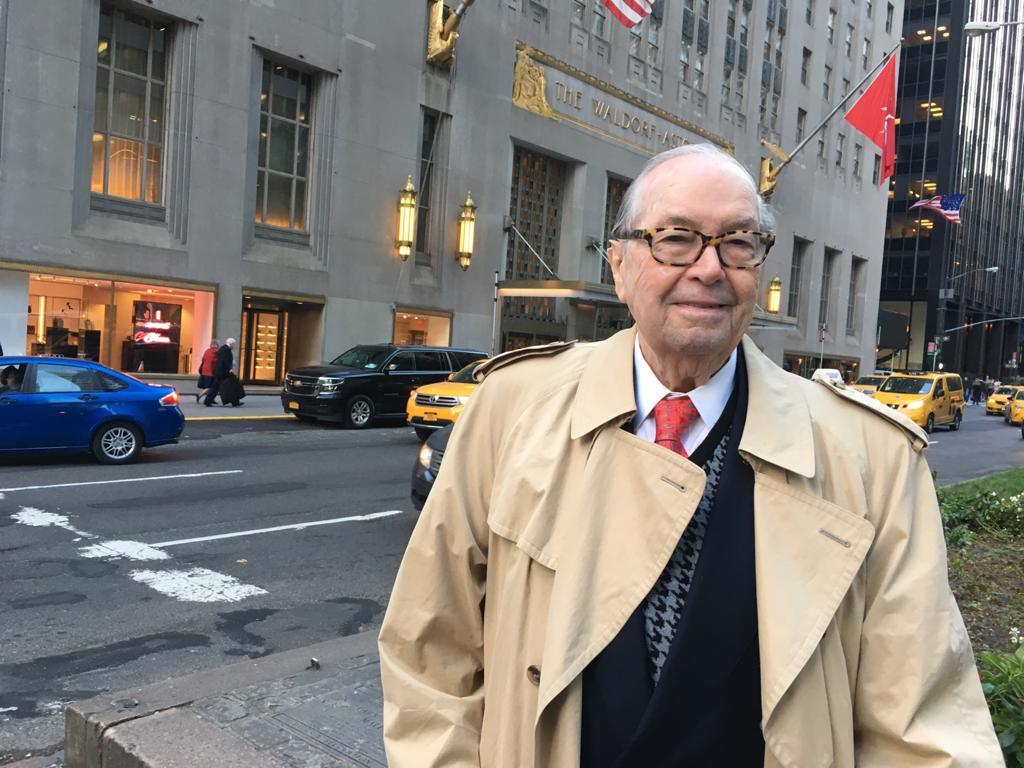 Robert Otto Clark was born in Zurich, Switzerland, June 27, 1928 and died at his home in Glasgow, Kentucky, June 30, 2020 after a short illness. He was educated in Hotel and Business Administration in Zurich, and studied voice in Geneva and London. In Switzerland he served as a Corporal in the Swiss Army and held positions at several famous hotels.
In 1953 he came to the United States and was Assistant to the President of Cornell Oil Company in Texas, then worked at the famous Shamrock Hotel in Houston. From 1954 to 1961 he was employed by Hilton Hotels, serving as Assistant Manager of the Hotel New Yorker in New York, holding many positions at the Waldorf Astoria and was General Manager of the Hilton Inn at the San Francisco Airport. In 1957 he attended the Middle Management Program at the Harvard Business School. In 1958 he and Betty Carol Pace from Marrowbone, Kentucky, married.
In 1961 they moved from San Francisco to Glasgow, Kentucky, where he ran Pace Construction Co. and its affiliates in Glasgow and Bowling Green. In 1967 he built the Glasgow Holiday Inn which became a center of business and social life in Glasgow for over 30 years.
Mr. Clark was active in many organizations. He was president of the Glasgow Chamber of Commerce and served on the Board of Directors of the Glasgow Daily Times, the Glasgow Insurance Agency, The National Limestone Institute, and The Kentucky Chamber of Commerce. Since 1976 he was a member of the XV Club in Bowling Green, the oldest literary club in Kentucky. He was a member of the Pendennis Club in Louisville, The University of Kentucky Fellows Society, The Napoleonic Historical Society, The Harvard Business School Alumni Association, and the Distinguished Alumni of the Waldorf Astoria in New York. He was an elder in the First Presbyterian Church in Glasgow.
Throughout his life he was an avid reader and loved music singing on the radio and as an understudy on Broadway, as well as at church, weddings, or at home, where he entertained with his player piano or accordion. He enjoyed opera and attended performance s all over the world during his and Betty Carol’s extensive travels. He was a gracious host and loved entertaining and giving surprise gifts.
In addition to his wife of 63 years, he is survived by two children, Fred Anson Clark and his wife, Holly, of San Francisco, and Heather Pace Clark of Zurich, Switzerland, and by his sister-in-law-and brother-in-law, Hazeleen and Lee Brewster of Cincinnati and their daughter and two sons.

A memorial service will be held in the garden of the Clark home on Sunday, July 12th at 2 pm. Please wear a mask. Private burial will be in Marrowbone Cemetery. A. F. Crow & Son Funeral Home will be assisting the family with services.