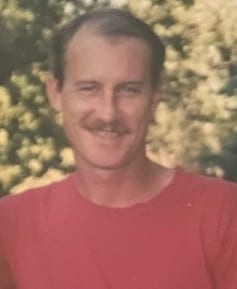 Randy S. Ruggles, age 58, passed away Sunday, November 15, 2020 at his residence. He was the son of Donna Shidler and stepfather Paul Shidler. He was born to Donna (Ruggles) Shidler and Paul Ruggles on April 18, 1962 in Vincennes, IN.Randy graduated from Vincennes Lincoln High School in 1980. He grew up associated with the Kingdom Hall of Jehovah’s Witness in Vincennes. His activities that he so enjoyed was playing with the Men’s Softball league in Vincennes and also bowling with all of his friends in the league. He also loved going to Talladega, AL for years with his brother Ryan and his buddies to watch NASCAR races, and with one of his best friends, Chester Goff to the Haubstadt races. Also, his son, Derek loved going to Haubstadt races with him. Randy also enjoyed mushroom hunting and watching his grandson play baseball.Survivors include his parents, Donna Shidler and her husband Paul of Vincennes; his son, Derek Ruggles and his wife Brandy;  grandchildren, Remington and Breonica Ruggles; his brother, Ryan Ruggles and sister Robin Burke and her husband Andy all of Vincennes; stepbrother, Allan Shidler of Bridgeport, IL; his nephews that loved him so much, Cody and Nicholas Burke, and Brayton and Brody Ruggles of Vincennes. Also, lots of cousins who knew him and tried to stay in contact through the years. Preceding Randy in death were his father, Paul Ruggles of Otwell, IN, grandparents, Donald and Mae Riggle of Vincennes, Gaylord and Opal Ruggles of Bicknell, IN and Walter and Dorothy Shidler of Bridgeport, IL.Friends may visit with Randy’s family from 12-2pm on Thursday, November 19, 2020 at Goodwin-Sievers Funeral Home, 524 Broadway, Vincennes. A graveside service to celebrate Randy’s life will be held at 2:30 pm on Thursday, November 19, 2020 at Memorial Park Cemetery with Roger Cazzell officiating. On line memories may be shared with Randy’s family and friends at www.goodwinsieversfh.com. In lieu of flowers, contributions may be made to Goodwin-Sievers Funeral Home. Goodwin-Sievers Funeral Home, Vincennes is honored to assist Randy’s family with arrangements.