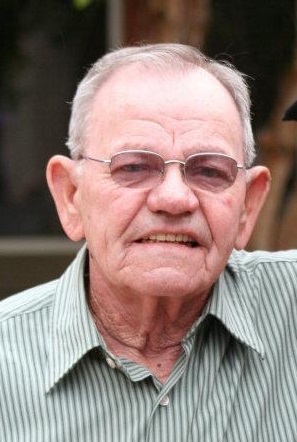 Philip Ray Sims, 88 of Edmonton, passed away Wednesday, December 23, 2020 at T.J. Samson Community Hospital in Glasgow.   Born July 11, 1932 he was the son of the late Edgar and Elsie Thompson Sims.

Philip was a graduate of John Greer High School in Hoopeston, Illinois. After graduation he served in the United States Marines obtaining the rank of Staff Sargent.    After his military service he married Patsy Love who preceded him in death December 13, 2011.   They had one son Douglas Ray Sims who died as an infant.

Philip was a member of the Edmonton Baptist Church, Edmonton Masonic Lodge #931 and Scottish Rite of Free Masons.   He retired from the US Postal service after 30 years of service as a rural mail carrier.

After retiring Philip remained very active.   He was an avid hunter, fisherman, golfer and UK fan.

Philip is survived by one brother Edward and wife Edith Sims of Hoopeston. A brother in law Richard Roberts of Plainfield, Indiana. Two sisters in law, Maedell Walker and Marcella Love both of Edmonton. He is survived locally by the following nieces and nephews.    Barry and Jerry Walker, Becky Nutter, Cindy Young, Tony, Tracey and Robin Love,  Lisa Matthews, Diane Scott, Martha Love-Moore and several other nieces, nephews and great nieces and nephews.   He also survived by a special friend Steve Thompson.

Besides his parents, wife and son Philip was preceded in death by sister Mary Elizabeth Roberts and a nephew Mark Love.

Butler Funeral Home is both honored and privileged to be entrusted to the care of Mr. Sims.   Please share your messages of condolence with the family at www.butler-funeralhome.com.