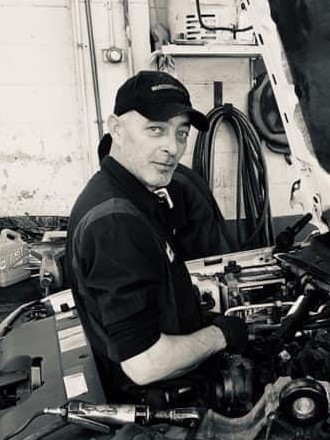 Philip Lewis Delk, age 49, of Glasgow, died Sunday, September 11, 2022, at U of L Hospital. He was born in Bowling Green, KY on May 29, 1973, to the late Philip Muncie Delk and Patricia Ann (Fields) Delk, who still survives. Philip was a mechanic at Glasgow Tire.

In addition to his mother, he is survived by his wife, Angela Delk; one daughter, Gracie Delk; one son, Jacob Delk; two grandchildren, Tucker and Maverick.

In addition to his father, he is preceded in death by one sister, Rita Delk Walden.

The funeral service will be held at 11:00 AM, Friday, September 16th, at A.F. Crow & Son Funeral Home with burial in the Glasgow Municipal Cemetery. Visitation will be 1:00 PM until 8:00 PM, Thursday, and Friday morning until time for the service at the funeral home.

In lieu of flowers, the family requests donations be made to the Delk Family Fund at Limestone Bank in Glasgow.

A.F. Crow & Son Funeral Home is both honored and privileged to be entrusted with the care of Mr. Delk.