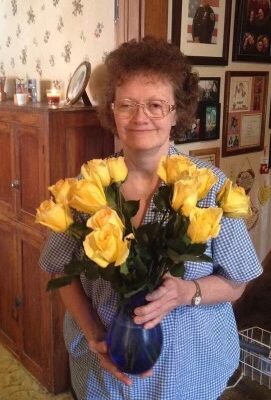 Penny S. Gaines, 72, of Owensville, IN passed away April 22, 2022. She was born to the late Charles E. and Emogene “Judy” Presnell on March 15, 1950. Penny attended Owensville High School and graduated in 1968. She continued her education and graduated with an Associate’s degree from Oakland City College. Penny was a member of DaySpring Community Church. She worked as a Department Manager for Walmart for 30+ years. She enjoyed many things in life such as gardening, cooking, Sudoku puzzles, being outside, and being an animal lover. Penny was devoted to her family. She will be deeply missed.

Penny was preceded in death by her parents and brother Walt Presnell.

She is survived by her sons; Timothy (Tammy Camden) Gaines and Jonathan (Jennifer) Gaines; brother Dan (Linda) Presnell and grandsons Zachary and Evan.

Holder’s is honored and entrusted with the care of Ms. Gaines. A graveside service will be held April 26, 2022 at 11:30 at Owensville Cemetery. In lieu of flowers memorial contributions can be made to the Gibson Co. Animal Services, PO Box 518 Owensville, IN.