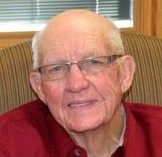 Paul Arnold Lowe, 82, of Glasgow, KY died January 2, 2021 at the Barren County Nursing and Rehab in Glasgow. Born in Glasgow, KY on September 2, 1938 the son of the late Earl and Mary Tiney Weaver Lowe. Mr. Lowe was a farmer and member of the Mt. Pleasant Baptist Church.

In addition to his parents, he was preceded in death by three brothers, Malcolm Earl Lowe, Veachel Lowe and John Lowe; one sister, Helen Smith.

Funeral service for Mr. Lowe will be held 11:00 am Thursday, January 7, 2021 at the A. F. Crow & Son Funeral Home with burial in the Mt Pleasant Cemetery. Visitation will be on Wednesday, January 6, 2021 from 4:00pm until 8:00pm and on Thursday morning Jan.7th until time for the funeral.

A. F. Crow & Son Funeral Home is both honored and privileged to be entrusted with the care of Mr. Lowe. Share your message of condolence with the family of Paul Lowe at www.crowfuneralhome.com

All those who wish to honor and remember Mr. Lowe in person at the visitation or service must wear a mask or facial covering and practice social distancing while inside the funeral home for the safety of those in attendance.