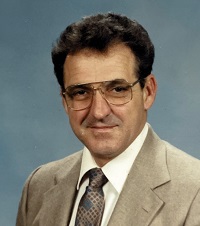 Born in: Vincennes, IN
Resided in: Cicero, IN

Norman Louis Snyder, 80, passed away at 5:00 am on March 30, 2022 at his daughters residence in Cicero, IN surrounded by his loving family. Norm was born on August 2, 1941 in Vincennes and he was the son of Mac Clarence and Philomena (Williams) Snyder. Norm married Delores Thais on September 1, 1966 and she preceded him in death on April 16, 2001.

Norm served his country in the United Stated Marine Corp and owned and operated Snyder Plumbing and Heating for many years until his retirement. He was a member of St. John’s Catholic Church, Knights of Columbus, Harmony Society and the Elks Lodge. Norm also enjoyed flying airplanes and instructing students out of the Lawrenceville airport for years, and was an instructor in the aviation department at Vincennes University. Later in life Norm called himself a Gentleman’s Farmer, and he enjoyed doing work on the farm he grew up on. One of Norm’s favorite past times was traveling across different parts of the country on his Harley with a group of good friends from Vincennes. Most importantly though, Norm enjoyed spending time with his daughters, son in laws, and his grandchildren.

Survivors include his daughters, Natalie Snyder-Nicely and her husband, Brian Nicely of Cicero, IN, Valerie Beard and her husband J.J. Beard of Westfield, IN; his grandchildren, Sophia Nicely, Taylor, Grant, and William Beard; his siblings, Joseph Snyder, Judy Robbins, Ellen Lay, Norma Bahrain, and Marjorie Walker; and his brother in law William Thais. Norm is preceded in death by his parents, Mac Clarence and Philomena Snyder; his wife, Delores Snyder, and his siblings, Clarence Snyder, Ruth Rydell, Jane Willis, and Janet Brasseur.

Friends may visit with Norm’s family from 5-8 pm on Thursday, April 7, 2022 at Goodwin-Sievers Funeral Home, 524 Broadway, Vincennes, IN. A Mass of Christian Burial will be held at 10:00 am on Friday, April 8, 2022 at St. John’s Catholic Church, 803 Main St., Vincennes, IN with Rev. Tony Ernst celebrating. Norm will be laid to rest next to his wife Delores in Mt. Calvary Catholic Cemetery. There will be a bereavement meal immediately following the interment for family and friends. The Snyder family has requested memorial contributions be made to the Knights of Columbus, 401 Felt King, Road, Vincennes, IN 47591 or Vincennes Catholic Schools. Online memories may be shared with Norm’s family and friends at www.goodwinsievers.com. Goodwin-Sievers Funeral Home is privileged and honored to be entrusted with the care of Norm.