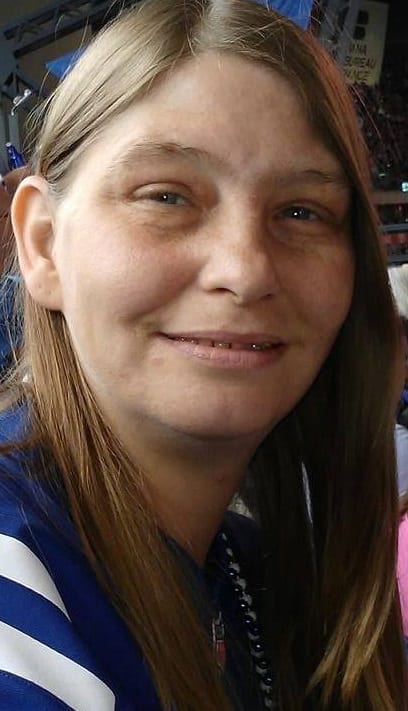 Myra Hedge Ferran, 45, of Vincennes, passed away on Sunday, December 13, 2020 at IU Health in Indianapolis.She was born July 21, 1975 in Vincennes, Indiana to Bobby Joe and Ernestine Carol (Fagg) Hedge.Myra worked for Lucas Oil Stadium and was an avid Indianapolis Colts Fan.Surviving are her children Bobbi Henry and her husband Moses of Leesville, Ohio, Megan Tyree of Vincennes, Erika Cruff and her husband Matt of Fort Wayne, Bria Neumann of Fort Wayne, and Lexxy Ferran of Indianapolis; her brothers and sisters Donald R. Hedge Sr. and his wife Loretta of Lawrenceville, Billy Joe Hedge and his wife Laura of Vincennes, Carole Risley of Linton, Angie Westfall of Vincennes, Jenny Dennis and her husband Ben of Vincennes; along with 13 grandchildren.She was preceded in death by her parents and sister, Ruth Whetstine.Graveside services will be at Noon Friday at Memorial Park Cemetery with Pastor T.J. Sutton officiating.  Goodwin-Sievers Funeral Home is honored to serve the family of Myra Hedge Ferran.