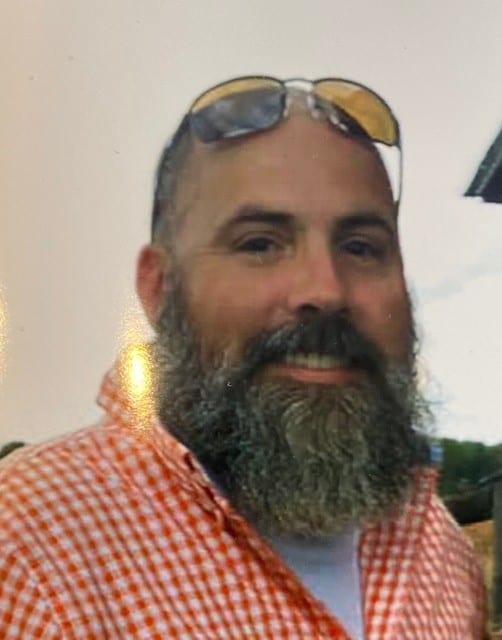 Pastor Michael G. Hickman, 44, of Vincennes, passed away on Tuesday, May 18, 2021 at BridgePointe Health Campus.He was born October 2, 1976 in San Diego, California to Cecil Hickman and Linda Tilley.Michael was a 1995 graduate of North Daviess High School. After graduation, he enlisted in the Navy serving in Special Forces. After his discharge he returned to Vincennes and worked eight years at the YMCA as the sports coordinator, finding that teaching and helping kids was a gift. During that time he chose to follow Christ into youth ministry and after seven years he became the Senior Pastor of Bethlehem General Baptist Church.Surviving are his wife Tory (Freeman) whom he married May 14, 2011, his son Spencer G. Hickman of Vincennes; stepdaughter, Morgan Ellerman of Vincennes; uncles, Dennis Hickman and Clem Hickman of Arkansas; four sisters, and several nieces and nephews.He was preceded in death by his parents.Funeral Services will be at 6:00 pm Saturday, May 22, 2021 at Goodwin-Sievers Funeral Home, 524 Broadway, Vincennes with Pastor Pete White officiating.  Friends may visit with the family from 4:00 pm until the service. In lieu of flowers, memorial contributions may be made to the Flat Creek Association Youth Camp.