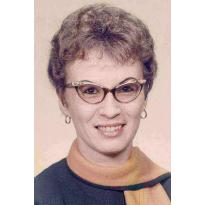 Mary Louis Brannum, 63 of 1119 Independence Avenue, died on March 23, 2005 at Owensboro Medical Health System. She was born in Daviess County, Ky. to the late Walter Lewis and Anna Silbereisen Payne. She was a member of St. Joseph & Paul Catholic Church, enjoyed her family and grandchildren, preceded in death by her husband, Charles Junior Brannum in 1966. Surviving are her companion; Robert Earl Beckhart, two daughter; Vickie Stogner and her husband, Noble of Maceo, Ky., Paul Miller and her husband, Thomas Archie of Maceo, Ky., four grandchidren; Justin and Daniel Stogner, Charlie and Angela Miller, brother; Jerry Payne and his wife Brenda of Owensboro, Ky. Services are at 10:00am. Saturday at Haley-McGinnis Funeral Home Chapel, visitation from 3 to 8pm. Friday and 8 to 10am. Saturday, prayers will be said at 5:00pm. Friday. Burial will be in Elmwood Cemetery. Rev. Brian Roby will be officiating.