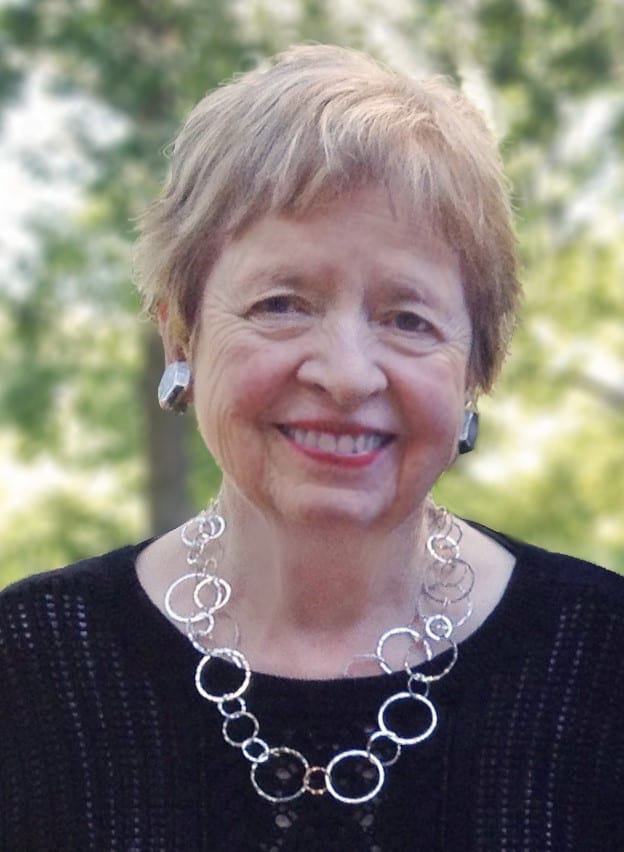 Mary Kathryn Kunkel of Vincennes, Indiana, died Monday, December 21 at Good Samaritan Hospital.  She was born on January 16, 1931 to Andrew Rooney and Mary Frances Loftus Rooney of Lawrenceville, Illinois. The undisputed hero of her early years was her beloved grandfather, William Loftus, who retired from his position as regional supervisor of the Indian Refining Company to become de facto nanny and driver for his grandchildren, Pat, Julia, and Mary Kathryn. She often joined him at the pool hall, the newsstand, and was likely the only 5 year-old playing the slot machine at the small Westport tavern where they idled before picking up her older siblings from school. She attended schools in Lawrenceville, punctuated by some years at Catholic boarding schools in Wisconsin and Colorado while her parents were occupied with building and growing Golden Rule Insurance. Graduation from Lawrenceville Township High School in 1948 was followed by nursing school in New York and at DePaul Hospital in St. Louis where she honed her keen sense of humor to cope with the demands of the nuns.Mary Kathyrn returned to Lawrenceville to begin her nursing career and in 1953, she married Ray Kunkel, a J.C.Penny management trainee who was recruited by her own father to become one of Golden Rule’s first executives. Mary Kathyrn was forever grateful for her life with Ray and often claimed to have won the marriage game in having such a supportive spouse.  She left nursing while she and Ray raised their five children in Lawrenceville, returning to work at the Lawrence County Memorial Hospital when her youngest entered school. Her life was not complete without daily check-ins with her lifelong best friend and sister, Julia Ladner.  Their conversations were always a glorious concoction of their shared history and witty weigh-ins about current events.  Mary Kathryn’s active social life included Bridge groups, where she became fascinated with managing risk and that played a role in her next career as a stockbroker.In a bold move, Mary Kathryn left nursing at the age of 48 at work without pay for Dominick & Dominick until she secured her broker’s license.  She thrived by learning the business inside out and mastering the art of the cold call to build a client base.Eventually, Mary Kathryn would move on to Hilliard Lyons and become a top performer.  She was an adherent to the idea that people worked hard for an income and should actively participate in managing their assets so their money worked hard as well. In time, Mary Kathryn became an admired mentor to many young co-workers and clients, especially women, who were a rarity in asset management when she began.Mary Kathryn’s strong Catholic faith provided a steady source of comfort to her when she and Ray lost their youngest son, John, in 1990 and again when she lost her husband in 2017. Fittingly, fundraising for the Catholic Education Foundation and the restoration of the Old Cathedral of Vincennes were among the primary subjects of her focus after retirement.In her last year, Mary Kathryn ended every visit or phone call with an expression she recycled from her son, Peter as a young boy. “ I love you more than the last number.” And she did. And her family and friends loved her more than the last number plus one.Mary Kathryn is survived by her sister, Julia Ladner, four children, Peter, Lawrenceville; Mary Ann (Paul Kachel), Lake Oswego, Oregon; Paul (Yin Nail Leung), Hong Kong; and Joseph (Ann Benefiel), Champaign, Illinois; five grandsons, Ian, Alex, and Anthony Kunkel; Sam and Charlie Kachel; and three stepgrandchildren, David, Eric (Kami) and Jessica Dixon. In light of the current pandemic, a private Catholic funeral will be held for immediate family, with interment at the Lawrenceville Cemetery.Goodwin-Sievers is honored to assist the Mary Kathryn Kunkel family.