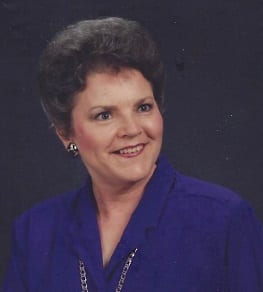 Kay was born in 1941 the first child to Ruth (Padgett) and Lawrence Delaney in Indianapolis, IN. In 1949, she and her growing family moved to the Delaney family farm near Glendale, IN. As the oldest daughter Kay was responsible for helping her mother with chores and taking care of her younger siblings. She often talked about those early days on the farm as some of the best times of her life.

Upon entering high school, Kay worked for Johnny and Margie Williams as a nanny and later at Williams Brothers Pharmacy as a pharmacy tech.

Kay graduated from Washington Catholic High School in 1959 and continued to work for the Williams family until she moved to Evansville in 1961. While in Evansville, she worked at Hart’s Drugstore downtown.

Kay was a selfless, patient and loving mother, grandma, sister and friend. She was a beloved aunt to many nieces, nephews and their children. Kay was especially proud and supportive of her grandchildren. They all knew how special they were to their “Kay Kay”.

Kay is survived by her son, Randall D. Rolley; grandchildren Will, Ellen, Isaac and Sam Rolley all of Newburgh, IN. Siblings Bob Delaney, Bill and wife Trish Delaney of Washington, IN. Ken and wife Judeanne Delaney of Cannelburg, IN. Marcy and Charles Abel; Marita and Uria Wagler all of Montgomery, IN. brother- in- law, John Barthel of San Marcos, TX. She is also survived by 37 nieces and nephews.

Funeral services will be entrusted by Goodwin-Sievers of Washington, IN. A visitation service will be at St. Peter’s Catholic Church Montgomery, IN starting at 11am until noon EST, Saturday, July 10, 2021 with a Mass of Christian Burial to follow. Burial will be at St. Patrick’s Cemetery Corning, IN.

In lieu of flowers, please make donations to the St. Patrick’s Cemetery Fund.

The family wishes to thank the Deaconess Hospice team, the wonderful nurses and staff at the Linda E. White Hospice House and a special thank you to Dr. Tony Stephens and staff for providing Kay outstanding care, treatment and encouragement these last ten years.