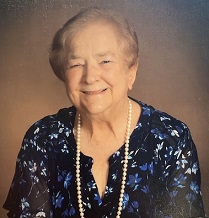 Born in: East Saint Louis, IL
Resided in: Vincennes, IN

At six months old, her family moved to Washington, IN for her dad’s job as a B & O policeman and Indiana became home.

Margaret married David Allen McGiffen on July 20, 1968 in Washington, IN.  They lived in Virginia for just a few weeks and then moved to Clovis, NM as Dave was in the Air Force.  Margaret worked at the First National Bank of Clovis and learned to make rabbit for dinner that Dave and his servicemen friends would hunt as money was tight.  When Dave left the service, they moved back to Indiana.

Margaret and Dave made a home near Verne, IN where they raised three children.  David Allen II was born in 1971, Christine Lynn in 1972, and Daniel Duke in 1976.  Margaret was a full-time mom- driving carpool, leading Girl Scouts, helping with Cub Scouts, and making sure her kids were happy.  Most weekends were spent at her family’s farm in Parkersburg, IL.  Many happy memories were made there with Huck and Helen.

Margaret and Dave started Dave’s Wrecker Service in April 1982 with two old heavy-duty wreckers.  Dave passed away in 1999, and Margaret kept the business thriving with Duke running the shop.  Margaret’s head for finance and managing the business was excellent as the business has grown annually.

Margaret kept her mind as sharp as a tack watching Game Show Network and working crosswords.  Jeopardy was one of her favorites.  Margaret was not someone you wanted to challenge in a trivia matchup.  She loved her two fat cats, Char Char and Mousie.  She was active in her church, First Christian Church, attending weekly until Covid shutdowns took place. She was also a member of ITWA.

Margaret’s greatest joy and biggest part of her life were her five amazing grandchildren; Sydney Bonolyn is 20, Aubree McKinzee is 18, David Layne is 16, Mackinlee Jean is 10, and Sophia Lynn is 8.

A visitation will be held at Goodwin-Sievers Funeral Home on Monday, November 8, 2021 from 11am to 2pm. A memorial service will be held Monday, November 8, 2021 at 2pm with John Jordan officiating with a graveside at Memorial Park following the service.  In lieu of flowers, Margaret has requested donations to First Christian Church – Disciples of Christ, Helping his Hands Disaster Relief, or your favorite charity in her name.