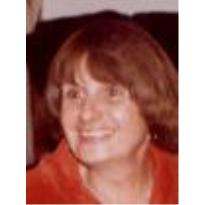 Margaret Ann Glenn, 74 of 725 Scherm Road died on May 8, 2004 at Hillcrest Health Care Center in Owensboro, Kentucky and was born in Toronto, Canada to the late Clarence and Ethel Harper Wilson. She was retired after 30yrs. of employment with Riviera Hotel in Las Vegas, Nevada as a front office cashier, attended Trinity Methodist Church, enjoyed reading, traveling, was interested in politics and enjoyed her grandchildren. She was preceded in death by her husband; Robert J. Glenn Jr. in 1984 and one brother; Robert Wilson in 2002. Surviving are her son; Bob and daughter-in law; Holly Glenn of Owensboro, Ky., one niece; Jane Farr of Reno, Nevada, one step niece; Meg Cain of Phoenix, Arizona and two grandchildren; Caitlin Glenn and Bobby Glenn of Owensboro, Ky. and three grandkittens; K.D., Star and Tigger. Memorial services will be held 7:00pm. Wednesday evening at Trinity United Methodist Church. Family will be receiving friends from 6:00 to 7:00pm. at the church. Inurnment will be in Rosehill Cemetery.