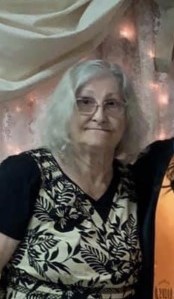 Born in: Falls of Rough, KY
Resided in: Caneyville, KY

Mairlyn married Raymond Duncan, Sr. on January 9, 1964. She was a church member of the River of Life Worship Center. She was a homemaker and enjoyed gardening and canning vegetables.

She is preceded in death by her parents; her brothers, Freddie, Tommy, Jack and Marvie McClellan; and sisters, Lucille and Virginia McClellan.

Left to honor Mairlyn’s memory are, her husband; her son, Raymond, Jr. and his wife Christie Duncan; two daughters, Ada Logsdon and Rita Dupin and her husband Charlie.

Funeral services will be held at 1:00 pm on Saturday, July 16, 2022 at Caneyville Memorial Chapel with Rev. Shaun Barrow officiating. Burial will be in Shady Grove Cemetery. Visitation will be held from 1:00 pm until 8:00 pm on Friday and again from 9:00 am until service time Saturday at the funeral home.

Caneyville Memorial Chapel is both honored and privileged to be entrusted with the care of Mrs. Duncan. Share your messages of condolence with the family of Mairlyn Sue Duncan and sign her virtual guestbook below.