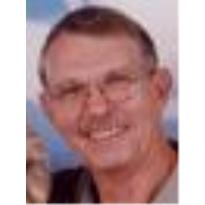 Larry Allen Kasinger, 54 of 8320 Jack Hinton Road, Philpot died on July 28, 2005 at his home. He was in Daviess County, Ky. to James Kasinger of Centertown, Ky. and the late Gayle Johnson Kasinger who died in 1990. He had retired from Baskin Robbins and was employed by Owensboro Board of Education as a custodian. He was a USARMY Veteran, and a member of Audubon Nazarene Church. He enjoyed fishing, hunting, UK basketball and being with his grandchildren. Surviving are his wife of 36years of marriage, Sheila Henry Kasinger; son, Jeff Kasinger and his wife, Sherry of Owensboro; Larry was a father figure for Brian Leishman and his wife, Julie of Newburgh, Indiana; daughter, Jennifer Husk and her husband, Chuck of Philpot; grandchildren, Eric Husk, Landon Havener, Beth Husk, Lauren Kasinger, Ashton Leishman, Brooklyn Kasinger, Lexi Havener and Sheridan Kasinger; Terry Kasinger of Robards, Jerry Kasinger of Owensboro; several nieces and nephews. Services are 1pm. Monday at Haley-McGinnis Funeral Home, visitation from 2 to 8pm. Sunday and 9 to 1pm. Monday. Burial will be in Pleasant Grove Cemetery in Sorgho, Ky. Reverend Doug Grant will be officiating.