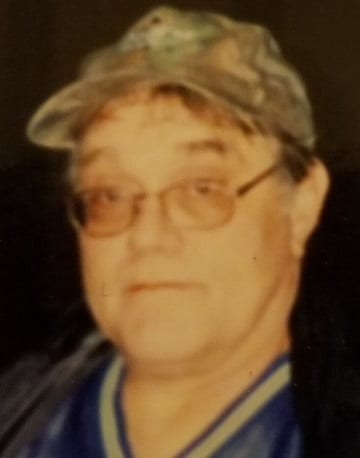 Kenneth “Kenny” Wayne McGiffen, 68, of Vincennes, was called home to be with the Lord October 31, 2020.He was born March 28, 1952 to Donald and Barbara (Wissing) McGiffen.Kenny attended St. Johns Catholic Grade School and graduated from Central Catholic High School in 1970. He played football, shotput, and enjoyed lifting weights. Kenny attended St. John Catholic Church and in later years attended Central Church of Christ and Turning Point Four Square Church with his family, when he could.Kenny loved his cats Courage and Bootsie, and had a love for horses, motorcycles, playing the guitar, music, and dogs also when he was younger. When he was a teenager, he would ride his bike for miles every day to his grandfather’s house in Monroe City to take of and feed his horses Stormy and Danny, whom he raised Danny from a colt and also had a Shetland Pony named Pepe.When growing up Kenny always had a paper route and helped his dad many early mornings on a large rural paper route. He was a hard worker and worked several factory jobs in life – Scepter, Perdue, Lewis Bakery being a few. And his last employment he worked at Ford Sawmill for 9 years before retiring. He was very fond and appreciative of the kindness of the Ford family. He loved his family and looked forward to family gatherings.Surviving are a daughter Amy (Loudermilk) Morris of Vincennes, his grandchildren Scotti Colbert Morris, Jeffrey Lee Morris, Cheyanna Kallie Morris, and Hallie Sierra Morris; seven great grandchildren; siblings Paul (Linda0 McGiffen of Bicknell, Virginia (Gary) Wild of Greenwood, Jane (Robert) Manthe of Vincennes, and his nieces and nephews Mark Wild, Mike Wild, Cathy Wild, David Wild, Shannon Heiska, Ericha McGiffen Earls, Erin McGiffen White, and Justin Slater.Preceding him in death were his parents; a sister Mary Heiska; and a niece Jill Slater.Memorial services will be held at 6:00 pm Thursday, November 5, 2020 at Goodwin-Sievers Funeral Home with Rev. Michael Lakes officiating.  Friends and family may visit from 4-6 pm Thursday at the funeral home.  Goodwin-Sievers is honored to serve the family of Kenneth McGiffen.