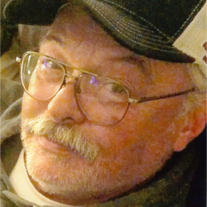 Kenneth “Butch” Hill, 58, of Owensboro passed away Wednesday, February 19, 2020 at Owensboro Health Regional Hospital. He was born in Owensboro on September 18, 1961 to the late Edward and Anna “Sue” Barrentine Hill. Butch was employed by Raben Tire as a mechanic for 32 years. He enjoyed watching NASCAR and Louisville basketball, fishing, playing cards, being around his kids and family. Butch was a master griller. Along with his parents, Butch is preceded in death by his sister, Becki Hill Judd, his niece, Shelly Hill, his mother-in-law, Jane Petri, and his brother-in-law, Kelly Wheeler. Butch is survived by his wife of 34 years, Julia Ann Hill; his children, Lacie Hill, Lindsey “Pooh” (Robert) Burden, Logan Hill; his grandchildren, Evan Burden, Emilia Burden; his nieces, Misty (Kevin) Hill Summitt, April (Todd) Owens; his nephew, Nick (Brittney) Judd; and his father-in-law, Charles Petri, III; numerous cousins and great-nieces and great nephews; his close friends and Pall bearers, Aaron Anderson, Tony Howard, Brett Hudson, Nick Judd, Dakota Collins, Kyler Collins, Ricky Grigsby, and David Aud. Services will be 2:00 pm Sunday, February 23, 2020 at Haley McGinnis Funeral Home & Crematory. Burial will follow at Rosehill Cemetery. Visitation will be from 10:00 am to 2:00 pm Sunday at the funeral home. His generosity and bravery in life has now been able to bless many others, through his organ donation in passing. Expressions of sympathy may take the form of donations to the American Organ Transplant Association; Administrative Service Center; P.O. Box 418; Stilwell, Kansas 66085. Haley McGinnis Funeral Home & Crematory is both honored and privileged to be entrusted with the care of Mr. Hill Share your messages of condolence with the family of Kenneth Butch Hill at www.haleymcginnis.com