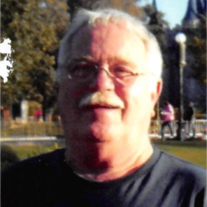 Kendall “Kenny” Embry, age 76 of Leitchfield passed away Saturday, February 22nd 2020 at his residence. He was born September 17th 1943 in Caneyville, Kentucky the son of Clarence and Ruby Embry. He is survived by his wife, Ella McCrady Embry, his son, Kevin Embry, his daughter, Ronda Embry, five grandchildren, Nick Schmierer, Samantha Schmierer, Michael, Sean and Jacob Embry, three great-granchildren, one sister, Lillie Rose Sermon, and three brothers, Clarence Embry, Jr., Jody Embry, and Gregory Embry. Other than his parents, he was preceded in death by one great-grandson, Griffin Embry, one sister, Sylvia Litsy, and one brother, Wendell Embry. Masonic Rites will be held at 6:00 p.m., Tuesday, February 25th 2020 at Caneyville Memorial Chapel in Caneyville. Visitation will be held from 2:00 p.m. until time of services Tuesday at the funeral home. A private burial will be held in Wilson Cemetery. Caneyville Memorial Chapel is both honored and privileged to be entrusted with the care of Mr. Embry. Share your messages of condolence with the family of Kendall 'Kenny' Embry at www.caneyvillememorial.com.