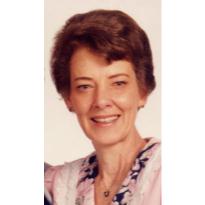 Keitha Joan Walker, 58, of Birmingham, Alalbama, formerly of Owensboro, passed away on Saturday, February 21, 2004 at the Brookwood Medical Center in Birmingham, Alabama. She was born on October 19, 1945 to the late Frank and Mildred Day Wethington, was employed by Crown Pontiac of Birmingham and was of the Baptist Faith. Other than her parents, preceeding her in death was her husband, Warren Walker who died on August 23, 1995. Surviving her is an aunt and uncle, Marvin and Nellie Eans of Owensboro; several cousins, Marilyn Davis of Nashville, TN, Darrell Day of Owensboro, Bonnie Richards of Fordsville, Jerry Wayne Day of Elizabethtown, KY, Robbie Boatwright and Cassandra Morris both of Flordia and Barry Strong of Texas.