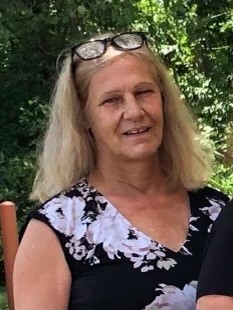 Karrie Jo Selner, 62 of Edmonton passed away suddenly on Tuesday, November 15, 2022. Born in Cleveland Ohio November 25, 1959 to the late David Donaldson and Diane Kendall. Besides her parents she was preceded in death by her son Kurtis Slater; two brothers: David Donaldson and Frank Donaldson. And a sister Michelle Ray.
Karrie Jo was a truck driver and of the Christian faith. She travelled all over the United States and even parts of Canada.
She is survived by her husband David Selner. Two children. Heather Slater of Edmonton, Ky and Herbert Slater Jr of Cleveland, Georgia. Eleven grandchildren: Tony, Alexis, James, Cecil, Jared, Herbert III, Tanner, Casey, Jade, Katie, and Nathanial. Three great grandchildren: Elijah, Sawyer, and Silas. Three sisters: Brenda Gruwell of South Carolina, Cindy Kidwell of Florida and Anita Wells; and two brothers: Jeff and Eddie Donaldson of Michegan; and step mother Blanche Donaldson also of Michegan.
Funeral services for Karrie Jo Selner will be held 2:00 PM, Saturday at Butler Funeral Home in Edmonton with burial in The Slater Family Cemetery . Visitation will be from 1:00 until the service on Saturday.
Butler Funeral Home is both honored and privileged to be entrusted to the care of Mrs. Selner. Please share your messages of condolence with the family at www.butlermemorials.com.