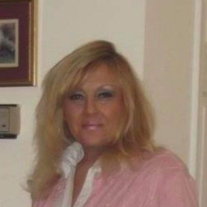 Kalina Mae Gossett, 52, of Cave City, died Sunday, January 26, 2020 at her residence. Born in Glasgow, KY she was the daughter of the late Glendon Smith and Carol Craine (Neil) of Glasgow who survives. Mrs. Gossett was an insurance agent at State Farm and member of Immanuel Baptist Church. In addition to her mother she is survived by 4 brothers, Greg Parker, Wayne Parker, Junior Smith, James Smith (Megan) all of Glasgow; 4 nephews and 2 nieces also survive. In addition to her father, she was preceded in death by 1 daughter Megan Crane. Funeral services will be held 2:00PM Thursday, January 30, 2020 at the A. F. Crow & Son Funeral Home with burial in the Evergreen Cemetery at Park City. Visitation will be 10 AM until time for the service on Thursday at the funeral home. A. F. Crow & Son is both honored and privileged to be entrusted with the care of Mrs. Gossett. Share your message of condolence with the family of Mrs. Gossett at www.crowfuneralhome.com