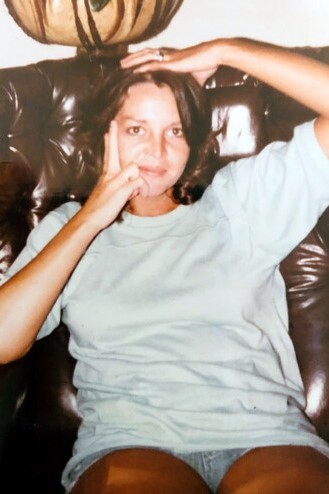 Judy was born in the back of an ambulance on a snowy Christmas evening at Fallen Timber Creek in Temple Hill, Kentucky. Judy was the seventh child of Herman and Olive Jones. A country girl through and through. Although she had four older sisters–Joan, Joyce, Janet, and Gloria-they were all grown and gone when Judy came along. She grew up in a house of boys—her two brothers Carroll and Gary. Judy came of age in the late 1950’s and 1960’s. She graduated Temple Hill High School and took employment in Glasgow.

Judy spent the next three decades raising her sons-Rodney and Jerry. Rodney came first for Judy in 1967 followed by Jerry in 1976. The family moved from Kentucky to Baton Rouge, Louisiana in the mid 1970’s and stayed in the Bayou state for more than a decade. Judy and Jerry returned to Glasgow in 1986 where she lived and worked her remaining days. Those years saw Judy get to experience and enjoy four grandchildren and attend recitals, plays, ballgames, band performances, church choirs, and save the memories of a whole bunch of smiles.

Judy’s last years were spent working outside in her yard at Green Hills Drive, planting butterfly bushes, and all other manner of flowers, and doing what she loved best at the end….. reading on the front porch while the afternoon sunshine warmed her legs. She is gone but not forgotten.

A Memorial Service will be held on Monday, January 17, 2022, from 10:00 a.m. to 2:00 p.m. allowing family and friends to visit and remember Judy at A. F. Crow & Son Funeral Home. At 2:00 p.m. there will be a short service at the funeral home. Any donations may made to Shanti Niketan Hospice Home in Glasgow.

A. F. Crow & Son is honored to be entrusted in the care of Mrs. Nunn. Please share your condolences with the family at www.crowfuneralhome.com.