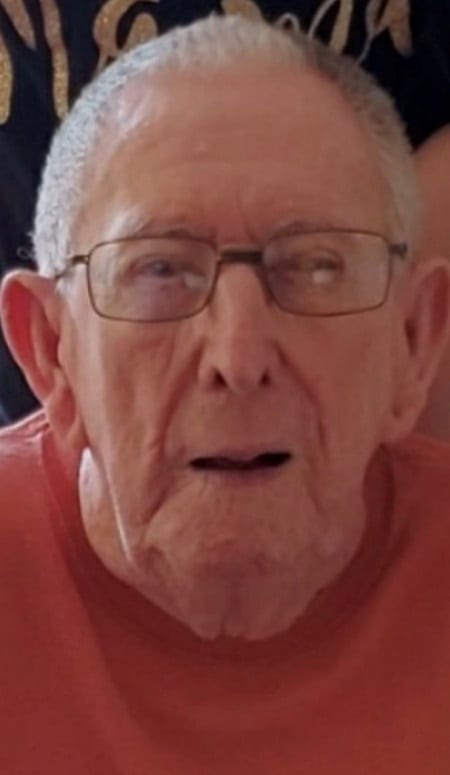 Joseph L. King, 95, of Bruceville, passed away at 3:05 am Monday, December 7, 2020 at BridgePointe Health Campus.He was born December 28, 1924 in Vincennes, Indiana to Joseph and Mariel King.Joe worked as a carpenter for the union and after retiring he worked for himself for many years. He was a member of the Bicknell French Club and enjoyed gardening in his spare time.Surviving are his children James David King of Lawrenceville, IL, Carla Jean Timms and her husband Jeff of Flat Rock, IL, and Debra Jean Cardinal and her husband John of Vincennes; her grandchildren Lonnie Joe Haney, James Matthew Watjen, Justin Lee Hamilton, Ashley Renae Rinsch, Brandon David Timms, Jennifer Marie Watjen, Melissa Sturgeon, Sasha Bowlin, and Samantha Roark; along with six great grandchildren.He was preceded in death by his wife Helen King on August 1, 2008; two daughters Rebecca King and Karen Sturgeon; a brother Wendall King; and two have sisters.Private funeral services will be held.  Goodwin-Sievers Funeral Home is honored to serve the family of Joseph L. King.