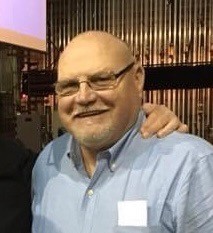 John M. Keelin, 73, of Owensboro passed away Saturday, October 16, 2021 at Owensboro Health Regional Hospital. He was born in Owensboro on November 13, 1947 to the late Owen and Margaret Newman Keelin. John retired from the VA as an Environmental Specialist. He was a member of Christ the King Church and Knights of Columbus where he was a 4th degree Knight. He proudly served for the United States Marine Corps where he was Lance Corporal in Vietnam and was awarded the Purple Heart. John enjoyed spending time with his family, traveling cross country, hosting BBQ’s and camping trips. He loved his time coaching football at Madisonville North Hopkins School Maroons. He delighted in watching his grandsons play football on Saturdays. John was also a Scout Master for Troop 90 of Christ the King for 10 years.

Along with his parents he is preceded in death by an infant sister Margaret Mary Keelin.

In Lieu of flowers, donations can be made to the Catholic Charities; 600 Locust St, Owensboro, KY 42301. Envelopes will be provided.

Haley McGinnis Funeral Home & Crematory is both honored and privileged to be entrusted with the care of Mr. Keelin. Share your messages of condolence with the family of John M. Keelin and sign his virtual guestbook by going to www.haleymcginnis.com