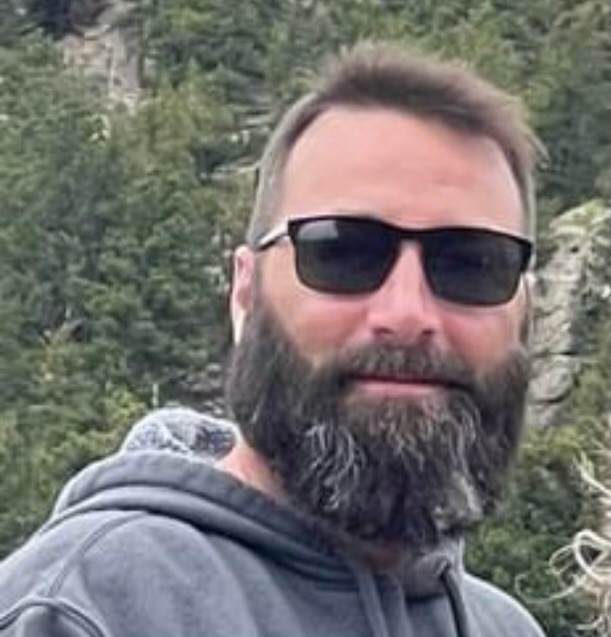 Born in: Lawrenceville , IL
Resided in: Montgomery, IN

Jeremy Jon Carter, 47, of Montgomery, passed away unexpectedly on Wednesday, June 29, at Good Samaritan Hospital. He was born January 15, 1975, in Lawrenceville, IL, and attended Lawrenceville schools before completing his college education at Southern Illinois University. He worked in healthcare IT services with AME and Good Samaritan Hospital before working for FujiFilm Medical Systems where he had been employed for the last 16 years – most recently as Senior Manager of Upgrades. Not only was he proud of his work, but of his team and colleagues. 22 years ago, he met his wife Jennifer (Webster) on a blind date inspired by mutual friends and a mutual love of music. The couple built their friendship and family from that moment on. The couple has two daughters, Ava and Hailey Carter of Montgomery, and two stepsons, Caleb Evans of Des Moines, IA, and Colton Evans, of Brea, CA. He was extremely proud of his family. His daughters’ involvement in Barr-Reeve athletics and student activities was a special source of this pride and prompted his involvement in the greater Montgomery community. He became a member and club director of the Montgomery Ruritan and looked forward to the fun (and work) of the Turkey Trot Festival. In his spare time, he most enjoyed hours spent at the river camp with friends and family – stoking his campfire and beer in hand. He was immensely proud of his grillmaster skills, cornhole prowess, and his freshly mowed yard. When not outside, he enjoyed playing cards, watching Formula1 and NHRA racing, watching Cardinals baseball, and taking naps on the couch with his beloved dog, Biscuit. No one who lived with, worked with, or knew Jeremy was safe from his practical joking, nicknames, and “cattle prodding” – his famous beard never too big to cover the hearty laugh and smiles aimed at the victims of his antics. In addition to his wife and children, he is survived by his parents, Mike (Patty) Carter and Nicki Stevenson of Lawrenceville, siblings Aaron (Jacie) Carter, Mary (Richard) Walls, Kristi (Terry) Brown, Trisha Stover-Hammond, and Cassie McClellan-Cooper, one granddaughter, Isla, nieces Madison, Sydney, Allie, Cloey, and Lilly, and many uncles, aunts, cousins, family and friends who will cherish his memory.  Memorial gifts may be made to the Montgomery Ruritan at PO Box 126, Montgomery, IN, 47558, or to his daughters’ college education.
A celebration of life for Jeremy Jon Carter will be held on Wednesday, July 6, 2022, at 6:00 pm at the Goodwin Sievers Funeral Home 2020 State Street Washington, Indiana. Officiating will be Chaplin Trevor Murry. Under the direction of Goodwin Sievers Funeral Home Washington, Indiana.
Visitation for family and friends will be held from 4:00 pm until service time at the funeral home in Washington, Indiana.