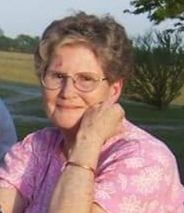 Jean Rita Towery McCarty, 93, of Owensboro passed away Wednesday, August 18, 2021 at the Carmel Home. She was born in Calhoun, Kentucky on September 4, 1927 to the late Charles and Mamie Towery. Jean was a teacher for the Catholic School System and a Post Master for several years. She faithfully attended St. Elizabeth Catholic Church, and later became a member of St. Mary Magdalene Catholic Church, before moving to the Carmel Home. During the years she was a member of St. Elizabeth, she was a part of the Alter Society.

Jean loved life and had a great sense of humor. Many lives were touched with her teaching. In her free time, Jean enjoyed playing cards and especially enjoyed spending time with her grandchildren.

Along with her parents, Jean was preceded in death by her husband, James Louis McCarty; her son, Steven Leon McCarty; one grandson, Corbin Lee McCarty; and 6 siblings, she was the last of her family

Expressions of sympathy may take the form of donations to the Carmel Home; 2501 Old Hartford Road; Owensboro, Kentucky 42303. Envelopes will be made available at the funeral home.

Haley McGinnis Funeral Home & Crematory is both honored and privileged to be entrusted with the care of Mrs. McCarty. Share your messages of condolence with the family of Jean Rita Towery McCarty and sign her virtual guestbook by going to www.haleymcginnis.com 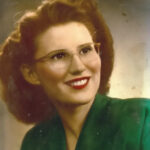