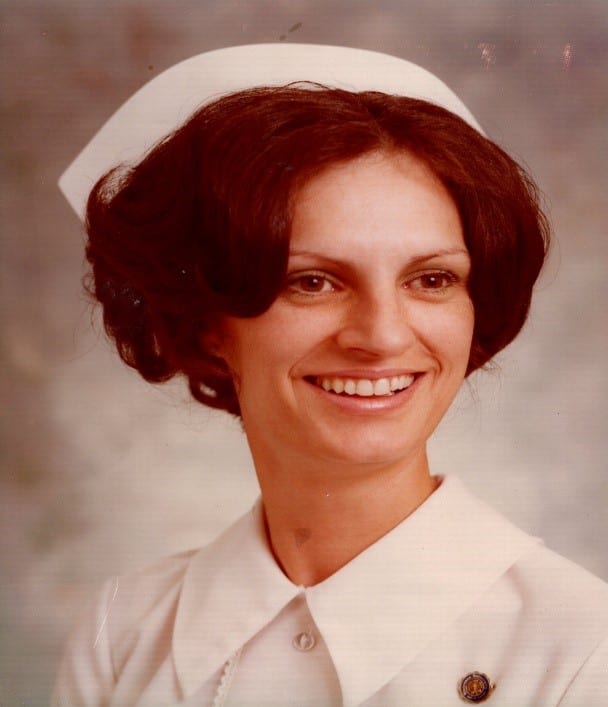 Janet K. Wininger (Morgan) passed away on Sunday May 16th, 2021 at 10:40am at Good Samaritan Hospital in Vincennes.

She was born on May 15th, 1946 to Cecil Morgan Sr. and Wilma Jean Morgan (Reed) in Knox County, Indiana.Janet graduated from Fritchton High School in 1964 and later went on to earn her associate’s degree in nursing in 1976. She worked as a nurse for both St Mary’s Hospital and Good Samaritan Hospital and retired after 37 years of care.Janet married Robert J. Wininger in November of 1979, and they spent many years together.Janet loved many things in life but she loved her family the most, especially her grandchildren and great grandchildren. She liked to cross stitch, play cards, going shopping, and to read. She also loved her pool, along with the ocean and sun.Janet is survived by her children; Kenneth Pinkstaff III (Jennifer), Brian Pinkstaff, Stacee Wright, Guy Godfrey, and Heath Wininger (Heather); companion Robert J. Wininger, sister; Joy. M Morgan; twelve grandchildren, and ten great-grandchildren. She was preceded in death by her sister Judy F. Riker and brother Cecil A. Morgan Jr.Friends and family may visit with Janet’s family on Thursday May 20th, 2021 at Goodwin-Sievers Funeral Home, 524 Broadway St., Vincennes, IN 45791 from 2:00 – 4:00pm. A funeral service will begin at 4:00pm with Pastor Pete Aldrich officiating. Goodwin – Sievers Funeral Home is honored to assist Janet’s family with arrangements.