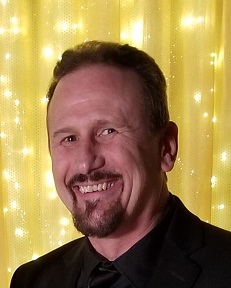 Born in: South Bend, IN
Resided in: Evansville, IN

Jim served his country proudly in the United States Army and was a member of the Moose Lodge. He retired as a mail handler from the Evansville Postal Service. Jim enjoyed listening to music and his favorite summer activity was Sunday Funday volleyball in the pool at Greg’s house. His favorite winter time activity was going to John’s house and watching football.

Survivors include his son, Stephen Knox and his wife Ramina of London; his companion, Joyce Ramirez of Oaktown; his siblings, twin-brother, John Knox of Vincennes, Robert Knox and his wife Suzy of Evansville, Dana Thurby and her husband Wayne of Kirkmansville, KY, and Christy Henderson and her husband Scott of Boonville. Jim was preceded in death by his parents, and his brother Kevin Roach.

Friends may visit with Jim’s family from 11:00 am until the hour of his service time of 1:30 pm on Saturday, August 21, 2021 at Goodwin-Sievers Funeral Home, 524 Broadway, Vincennes, IN. Jim will be laid to rest in Memorial Park Cemetery next to his father. On line memories may be shared with Jim’s family and friends at www.goodwinsievers.com. Goodwin-Sievers Funeral Home is honored to be entrusted with the care of Jim.