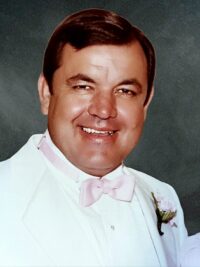 James “Jim” E. Blagrave, 79, of Vincennes, IN passed away October 24, 2021. He was born December 24,1941 in Vincennes, IN to the late Rosco T. and Josephine (Bowling) Blagrave. Jim attended Lincoln High School, where he played football, won the American Legion Award in 1958 and was a member of the graduating class of 1959. He then married his “sweetest sweetheart”, Sherron Ann (McClure) Blagrave on April 2, 1960. Jim was best known for being a hard-working man and showed that with working for 7 years for Star Service, 20 years for FW Means, 10 years with Marathon, where he became known as the “Crude Dude” and 10 years with Ceres Solutions, Inc..  Jim also enjoyed fishing, squirrel and rabbit hunting, camping, boating, and coaching the Chiefs 3rd/4th grade and Bears 5th/6th grade at the YMCA football program in the 70s instilling the philosophy of “Blood & Guts” into many boys for years to come. Jim was loved and respected by so many people. He will be deeply missed.

Goodwin-Sievers Funeral Home is honored and privileged to be entrusted with the care of Mr. Blagrave. A visitation will be held at Goodwin-Sievers Gardner-Brockman Chapel, 505 Main Street, Vincennes, IN Saturday, November 6, 2021 from 11am-12:30pm. A service will take place following visitation at 12:30pm with Pastor Ray Tromley officiating. Burial will immediately follow at Memorial Park Cemetery. Online condolences may be made at www.goodwinsievers.com

The family greatly appreciates donations made to these charities in James Edward Blagrave 's name.