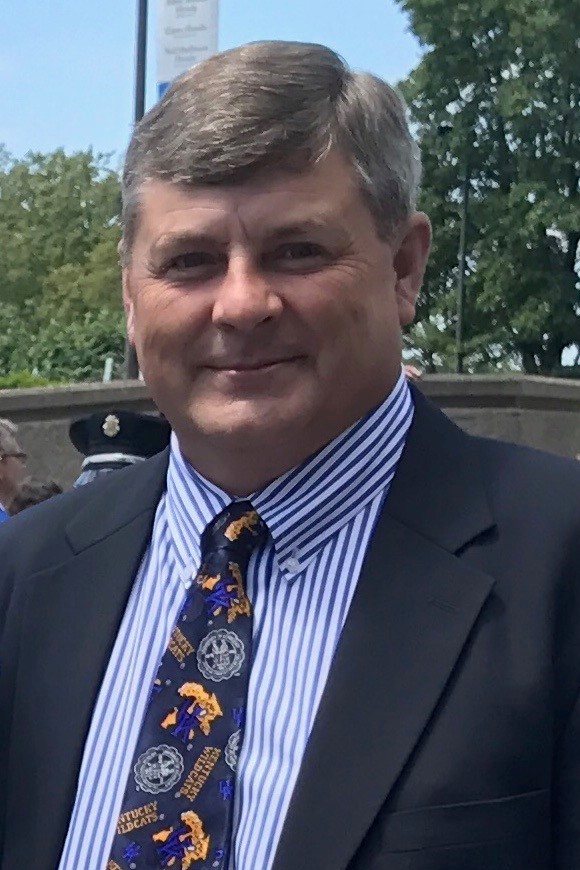 On Saturday, April 4, 2020, James David Brown, Loving Husband and Father, passed away at the age of 58. David was born in Glasgow, November 25, 1961, to the late Ray Brown and Barbara Redford Brown who survives. He was a 1979 graduate of Glasgow High School and received his Business Administration degree from the University of Kentucky in 1983. He worked for Logan Aluminum and Arco/Tri- Arrows Aluminum for 34 years. He retired as Chief Operations Officer from Tri-Arrows in 2018. On December 31, 2001 he married Roxanna Brown, together they raised two sons Robert and Hunter Brown.

David had a passion for the outdoors, especially hunting and fishing. He also loved to build and race cars. His 57 Chevy Bel Air was admired not only by his friends and family, but also by all who frequented the many car shows he attended. He was a member at the First Baptist Church in Mt. Washington, KY. David was known for his quick wit, sarcasm and his caring and selfless spirit.

In addition to his father, Ray Brown, he is preceded in death by his grandparents, Albert and Pat Redford and Robert and Wilma Brown; uncle, Robert Rex Brown.

A private graveside service will be on Thursday, April 9th at the Glasgow Municipal Cemetery.

In lieu of flowers, the family request donations be made to the Kentucky Fish and Wildlife Foundation at www. kentuckywildlife.com.

A.F. Crow & Son Funeral Home is both honored and privileged to be entrusted with the care of J. David Brown. Please share your condolences with the family at www.crowfuneralhome.com.