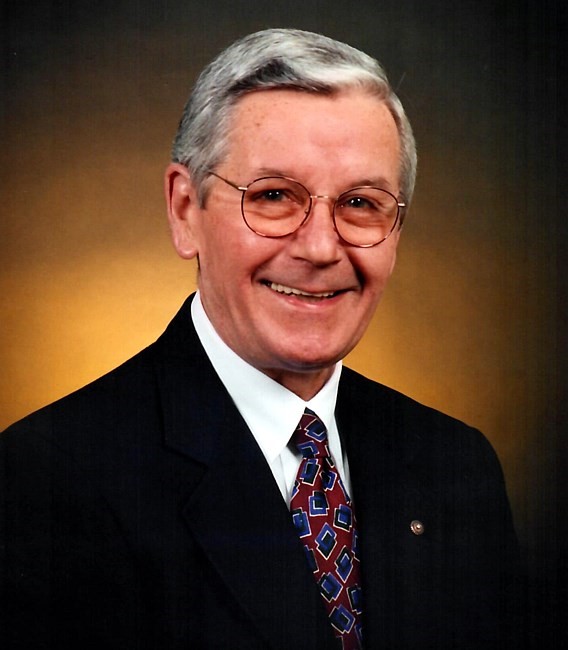 James D Manning, 86 of Lexington SC, formerly of Glasgow, passed away on Friday, April 23, 2021 at Lexington Medical Center after an extended illness. Born in Sturgis KY, October 30, 1934, he was the son of the late Henry and Marietta Manning.

Jim was a graduate of University of Louisville and a US Navy veteran. He was former Vice President of National Wood Products and Executive Vice President of National Brush Company. He was member of the board at TJ Samson Community Hospital for 24 years and served as vice chairman and chairman. During his time in Glasgow, he was an active member of the First United Methodist Church for over 35 years. He served as city council member for two terms, board member for IDEA, Glasgow Airport and Barren-Metcalfe Ambulance Service as well as past president for both Chamber of Commerce and Glasgow Rotary Club. After retiring and moving to Lexington SC, he remained active in both the Chamber of Commerce and Rotary Club. Throughout his long Rotary membership, he was honored twice as a Paul Harris Fellow.

All those who wish to honor and remember Mr. Manning in person at the service must wear a mask or other appropriate facial covering and practice physical distancing for the safety of those in attendance.

A.F. Crow & Son is both honored and privileged to be entrusted with the care of Mr. Manning.